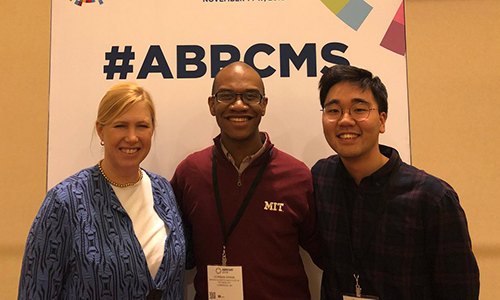 Predicting health impact of environmental contaminants for environmental justice communities in Eastern Maine: The longer mercury-controlling policies are delayed, the less effective they will be. Furthermore, the current administration is proposing to roll back existing regulations on mercury emissions. Mercury (Hg) is emitted into the atmosphere by multiple natural and anthropogenic sources (e.g., coal-fired power plants). Mercury is of global concern owing to its persistence in the environment, its ability to be transported far away from emission sources, and its bioaccumulation to toxic levels in food webs. Mercury emissions are addressed under the global 2017 Minamata Convention, which requires that countries control emissions from specific sources. Policymakers typically use models to evaluate their emissions-reducing plans. However, most of these models do not appropriately account for legacy emissions (recycling of previously deposited Hg) and the fact that today’s anthropogenic emissions are tomorrow’s legacy emissions. Hélène Angot, under the supervision of Prof. Noelle Selin (Project 2), developed an integrated modeling approach to account for legacy emissions given various emissions-reducing policy timelines (Angot H, Hoffman N, Giang A, Thackray CP, Hendricks AN, Urban N, Selin NE. Global and local impacts of delayed mercury mitigation efforts, Environmental Science & Technology, https://doi.org/10.1021/acs.est.8b04542). While the Minamata Convention urges that countries take action as soon as possible, its requirements for controlling sources allow for up to a 10-year delay. The MIT SRP team found that for every five-year delay, the impact of policy measures will be reduced by 14% on average. They also found that delays will have serious consequences in regions that are far from emission sources, such as tribal areas of Eastern Maine, and they discussed implications relevant to environmental justice concerns. The approach outlined in this work provides a new and straightforward methodology to better inform policy decision-making, as well as providing a platform for ongoing studies of MIT SRP contaminants of interest, including polycyclic aromatic hydrocarbons.

Development of Carbon Nanotube Sensors for the Detection of NDMA: In 2018, Maggie He, under the supervision of MIT Superfund Prof. Tim Swager (Projects 1 and 2), published the development of carbon nanotube sensors for the detection of γ-radiation (Zeininger L, He M, Hobson S, Swager T. Resistive and capacitive γ-ray dosimeters based on triggered depolymerization in carbon nanotube composites. ACS Sensors 3, 976–983, 2018, PMID: 29558118) and amines (Paoletti C, He M, Salvo P, Melai B, Calisi N, Mannini M, Cortigiani B, Bellagambi FG, Swager TM, Francesco FD, Pucci A. Room temperature amine sensors enabled by sidewall functionalization of single-walled carbon nanotubes. RSC Advance 8, 5578–5585, 2018). These publications describe the functionalization of single-walled carbon nanotubes with responsive units, poly(olefin sulfone)s and tetrafluorobenzoic acid, which can impart sensors with high sensitivity to γ-radiation and amines, respectively. These carbon nanotube chemiresistive sensors function at room temperature and have the advantage that they require very low power, provide real-time detection, are inexpensive, and can be made portable for field deployment. The design principles and techniques developed for this work provide a foundation for which the MIT SRP N-nitrosodimethylamine (NDMA) sensors will be designed and fabricated. Distributing portable sensors at contamination sites will allow SRP to obtain spatiotemporal concentrations of NDMA. This information will help nearby communities to minimize exposure and will be useful to optimize efforts for site remediation.

Recruiting under-represented members of our community to join the Superfund Research Program: Prof. Bevin Engelward (MIT SRP Program Director) attended the 2018 Annual Biomedical Research Conference for Minority Students (ABRCMS) in order to recruit under-represented members of our community to become involved in research related to environmental health, and in particular to tell them about the NIEHS Superfund Research Program. Over 4,000 faculty and students attend the ABRCMS meeting. Most of the attendees are undergraduates who are considering different options for graduate studies. This makes this meeting particularly effective for reaching out to promising students at an early stage in their career to encourage them to consider a career focused on public health. Prof. Engelward reached out to dozens of students to tell them about the SRP, and in particular about the research at MIT. Many students were not aware of environmental health research, and thus benefited from learning about the ongoing work at MIT and the mission of the NIEHS Superfund Research Program.