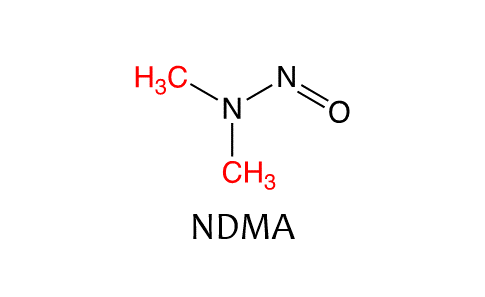 If you’ve been following MIT-SRP, then you’ve probably heard about the chemical N-dimethylnitrosamine (NDMA), but as a lesser-known contaminant, you may not know what it is or why it’s important. NDMA causes liver, lung, and kidney cancer in rodent models, and it is classified as Group 2A probable carcinogen by the International Agency for Research on Cancer (IARC) (EPA class B2). These class designations basically mean that there is strong evidence for NDMA causing cancer in animal models, but there’s insufficient evidence to say for sure that NDMA causes cancer in humans. Since humans and animals often respond similarly, things that cause cancer in animals are generally thought to be risky to people. I’ve introduced how NDMA causes cancer in the earlier blog entries, so here I’ll describe more about the chemical itself.

NDMA in the environment can come from a variety of sources, such as rubber plants, pesticide manufacturers, tanneries, water treatment plants, some methods of carbon capture, and spilled fuels. It is toxic to animals in ranges down to 5 parts per million and considered dangerous by the WHO as low as 0.1 micrograms per liter. However, there are no health-based federal standards for NDMA levels in drinking water, possibly due to insufficient data about human health risks. That means that even though the EPA considers NDMA a priority contaminant, there’s no set level at which the EPA considers NDMA too dangerous for human exposure. In Massachusetts, there is a guideline of 10 ng/L NDMA in drinking water, but that is based on the limit of detection for most analytical methods rather than health risk. Recently, the EPA determined the screening level for NDMA in tap water to be 0.11 ng/L based on an excess cancer risk of ~1 in a million people. (Note that this screening level is 100 times below the limit of detection for most methods!)

People can be exposed to NDMA not just in the environment or from hazardous waste, but through other sources as well. These include food (such as cured meat), malt beverages, toiletry and cosmetic products, and cigarette smoke. The most common route of exposure is through ingestion (either food or drink), and second most common is inhalation. Even if you don’t live near a Superfund site, there is still the potential for exposure through lifestyle.

In Wilmington, MA, NDMA is found in groundwater surrounding the 53-acre Olin Chemical Superfund site. For Superfund site cleanups, the original polluters (known as Primary Responsible Parties, or PRPs) must pay for a study of the extent of contamination on site and in the surrounding area, and in most cases they must pay for the cleanup and sealing off of chemicals. In this case, the Olin PRPs are Olin Corporation, American Biltrite, Inc., and Stepan Company, since they were the companies using the land from the 1960s until now. While the PRPs have completed many analyses of chemicals in the soil, surface water, groundwater, and sediment on and near the site, there are still major gaps in the data. For example, they still don’t know how far the plume of groundwater chemicals extends beyond the site, creating the potential for many local residents to be unwittingly exposed. Once the remedial investigation studies are complete, the PRPs will identify strategies for cleaning up and/or containing chemicals on and near the site.

Understandably, nearby Wilmington residents are concerned about their health and safety. A group of concerned citizens formed the Wilmington Environmental Restoration Committee (WERC), leading the charge to protect their community from NDMA. They are pushing, along with the EPA, for faster, more effective cleanup of the Olin site, which Olin is resisting. WERC brings more visibility to this important issue and keeps the public apprised of the ongoing fight for cleanup. Community organizations like WERC are often important contributors to achieving environmental cleanups by maintaining relationships with responsible parties. For this reason, the MIT SRP has partnered with WERC to ensure that our research and expertise can reach community members and support their push for public health.

The MIT SRP is approaching NDMA research from a variety of directions. On the engineering front, we have projects dedicated to designing sensors for NDMA in water and air. We aim for these sensors to be usable by regulatory agencies to identify contaminated areas, or by citizens to determine their own exposure risk. On the biological side, we have research projects aimed at identifying the mutations NDMA exposure causes, understanding the potential for genetics to affect cancer risk, and characterizing the short-term cellular responses to NDMA exposure. These studies will enable identification of biomarkers that signify previous or ongoing NDMA exposure, and it is hoped that they will ultimately help to stratify populations into groups of high- and low-risk of cancer.

If you have more questions about NDMA, feel free to contact me at jekay@mit.edu. The MIT SRP prides itself on openness and public engagement, so we hope you will take advantage of us as an environmental health resource. 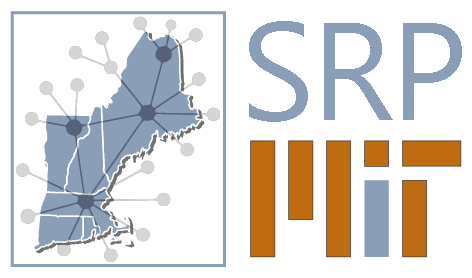